It is possible to import a Scala CLI project into IDEA IntelliJ. The import is done through BSP and the relevant files can be seen in the hidden .bsp directory, generated after running the setup-ide command (or implicitly the run|compile|test commands as well).

Here's a walk-through for a simple import scenario.

The following command generates all the relevant configurations for IDE support:

Alternatively, the first time you run the run|compile|test commands, the relevant IDE configuration will be generated as well.

In fact it is entirely sufficient to just run:

Next, we need to launch IDEA IntelliJ. To import the project, you can import it, File -> New -> Project from Existing Sources...

And then pick BSP as the external model (if BSP doesn't show up at this step, it means that the .bsp folder is absent and should be generated with the scala-cli setup-ide subcommand). 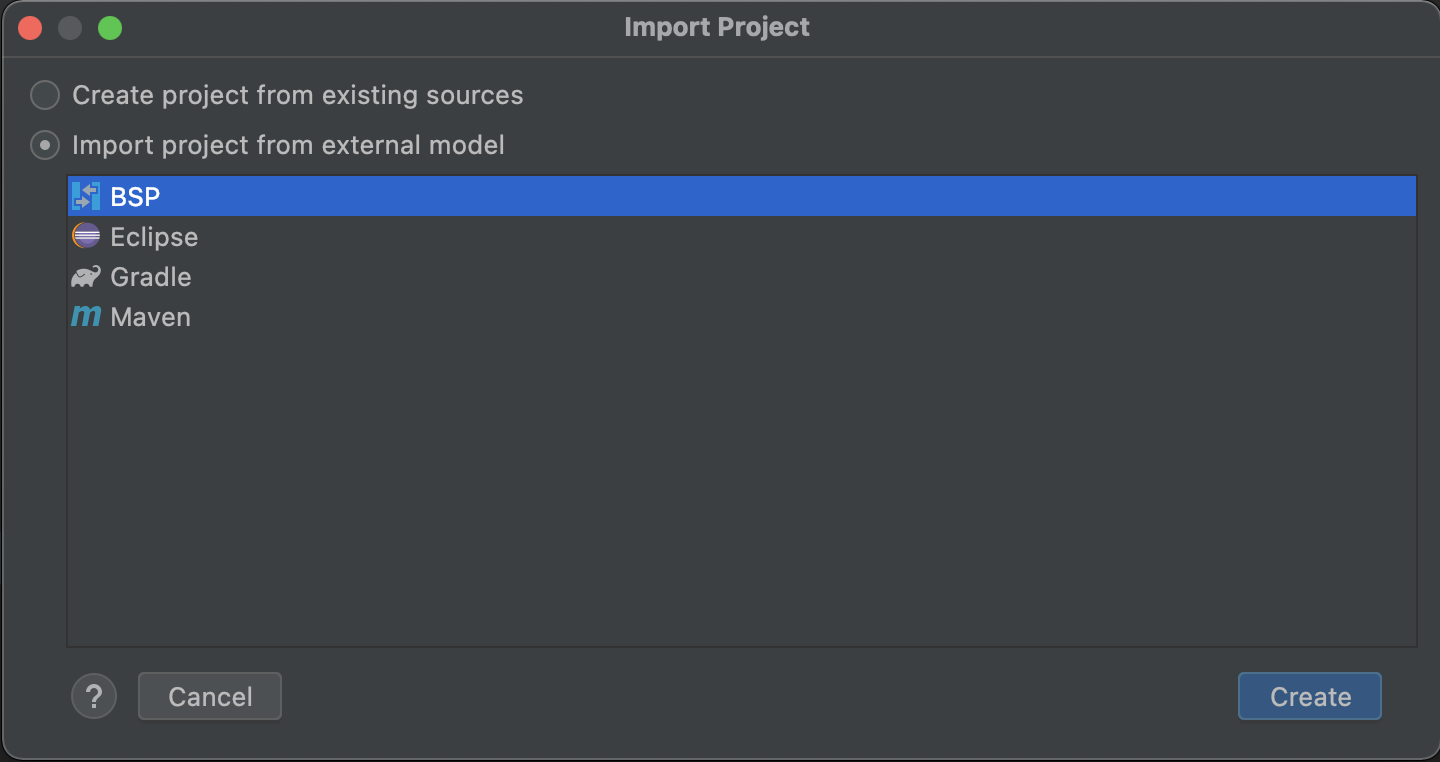 Alternatively, you can directly call File -> Open and pick the directory, allowing IntelliJ to figure things out by itself (which it definitely should, if the .bsp folder is in place). Just make sure the .bsp folder is present in the project root directory.

You should now be able to see the active BSP connection icon in the lower right corner of your IDEA IntelliJ window. 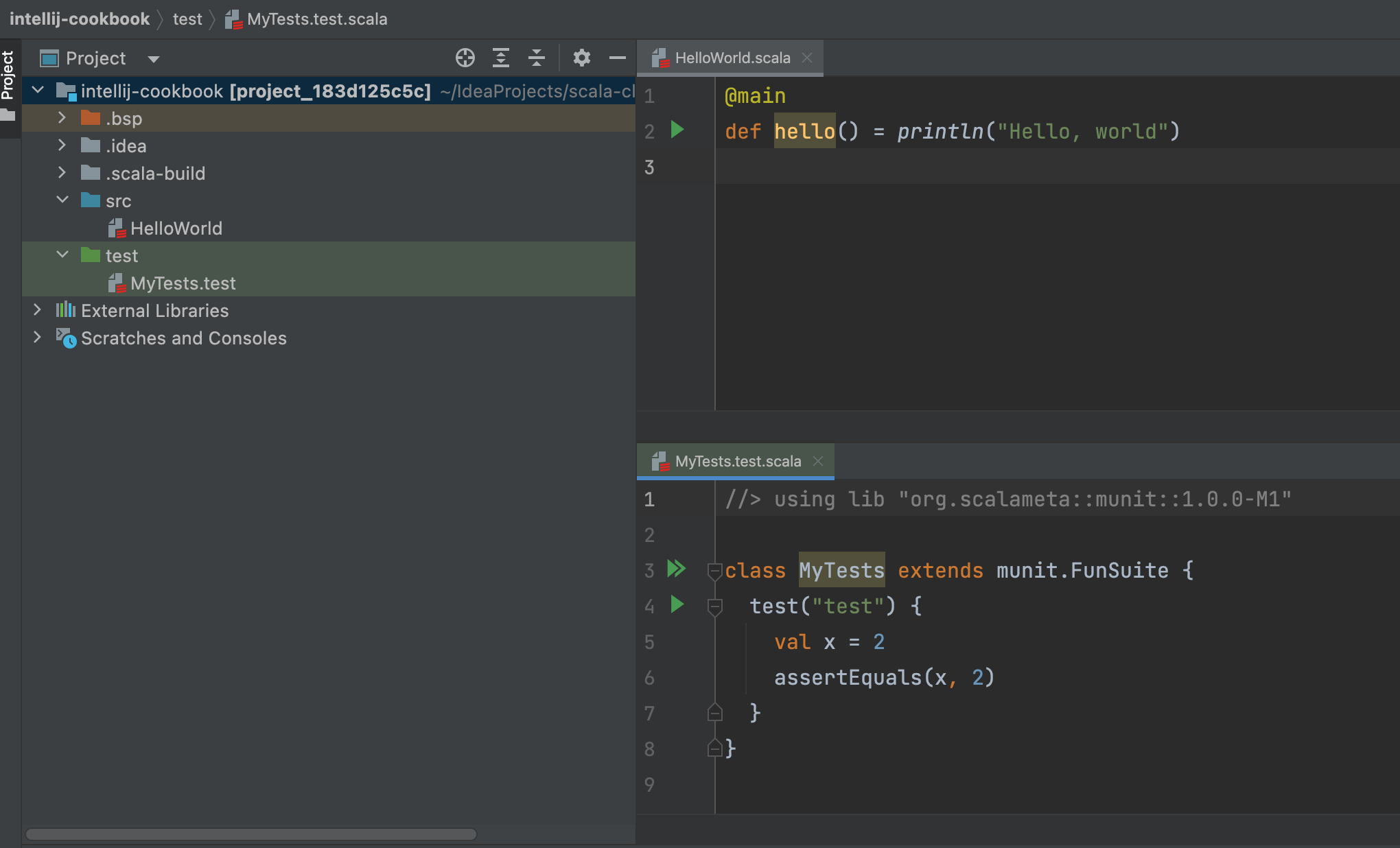 IDEA IntelliJ will now call Scala CLI's bsp command to handle running, testing and debugging your code in this project.

Now, after waiting for a bit, the extra directory should be picked up by IntelliJ.

And if for whatever reason you want to reload the project manually, you can do it from IntelliJ's BSP panel, just click Refresh there. 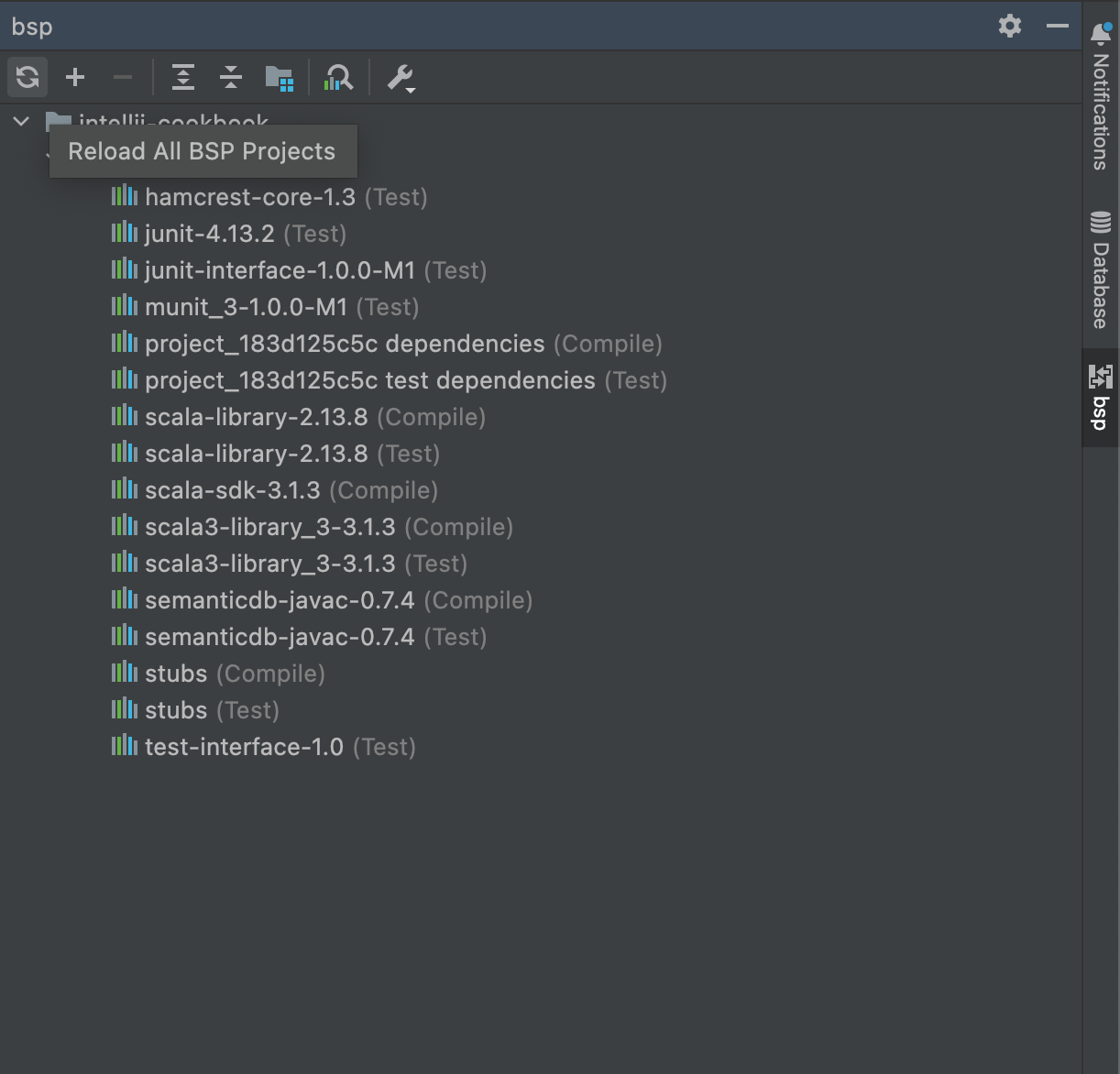 Note: this example scenario assumes the sources are put in separate subdirectories, 1 per scope. This is because that's what is encouraged by IDEA IntelliJ, which assumes by default that tests should have its own directory. However, nothing really forces you to bother with that, you can put everything in the root directory (or anywhere else, really), and it should (mostly) work fine: 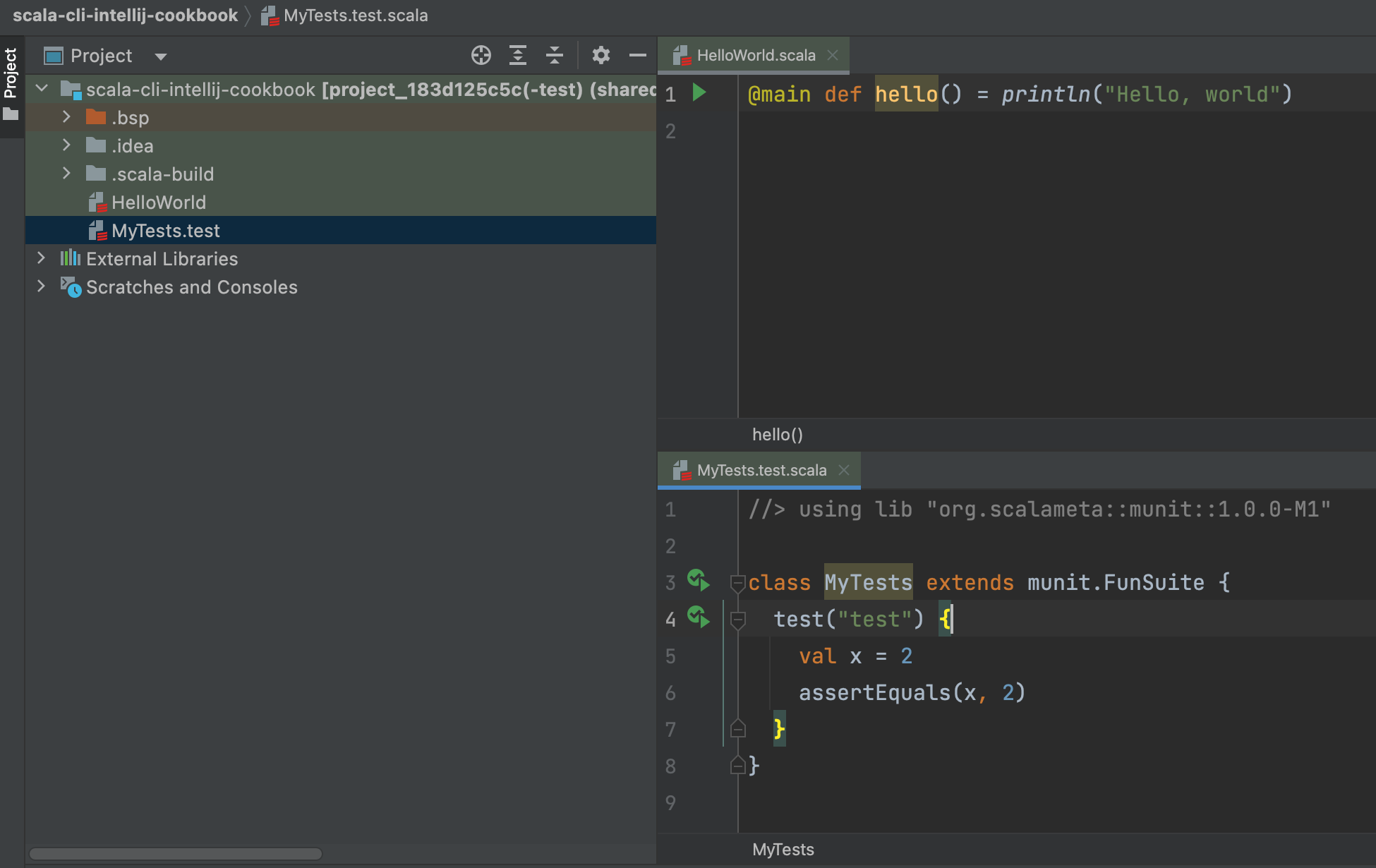